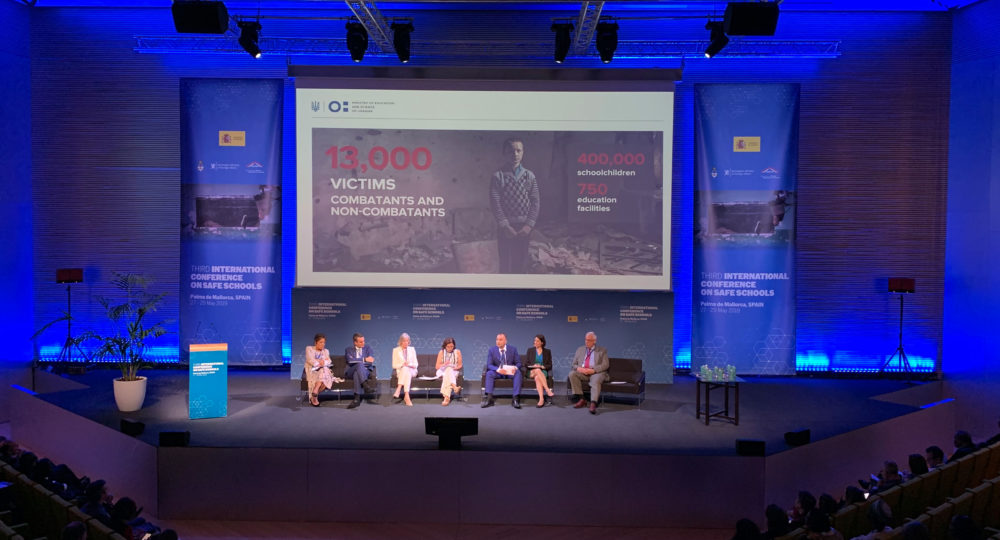 The Global Coalition to Protect Education from Attack (GCPEA) was established in 2010 by organizations from the fields of education in emergencies and conflict-affected fragile states, higher education.
Tosinpascal
0
383

The Global Coalition to Protect Education from Attack (GCPEA) was established in 2010 by organizations from the fields of education in emergencies and conflict-affected fragile states, higher education, protection, international human rights, and international humanitarian law who were concerned about on-going attacks on educational institutions, their students, and staff in countries affected by conflict and insecurity.

From 27-29 May, the Third International Safe Schools Conference was held in Palma de Mallorca, Spain. The conference brought together people from all over the world striving towards ensuring that schools, teachers, and students are protected from attack during conflicts, including representatives from 90 countries and 50 civil society and international organisations, including the Right to Education Initiative.

The conference aimed to galvanise support for the Safe Schools Declaration—a key political document that seeks to improve states’ compliance with international humanitarian law by setting concrete guidance on what states should do to prevent attacks on education, including the destruction of schools and the targeting of students and teachers, and limiting the military use of schools.

So far 91 countries have endorsed the Safe Schools Declaration, demonstrating widespread support for the protection of the right to education during conflict and insecurity. However, the most up-to-date research shows that the reality on the ground does not reflect the commitments made on paper. The Global Coalition to Protect  Education under Attack (GCPEA) reports that over the last five years, more than 14,000 armed attacks on education took place in 34 conflict-affected countries.

One of the key areas of focus at the conference was therefore to explore the concrete steps states can take to effectively implement the Safe Schools Declaration, as well as focusing on the gendered impacts of attacks on education and how we can better monitor attacks on education in order to end impunity and ensure accountability.

During the session on monitoring and accountability, Roma Greba, the deputy minister of education in Ukraine, announced Ukraine’s intention to endorse the Safe Schools Declaration, stating: ‘it’s almost final’. RTE welcomes this commitment and urges the Ukrainian government to formally endorse and implement it without delay.

RTE has been working with journalists, videographers, and photographers, including Diego Ibarra Sanchez’s who exhibited his photo series Hijacked Education at the conference, to document attacks on education in eastern Ukraine. The project, out later this summer, will examine the various ways the right to education is not being respected and tell the stories of those who have survived attacks and are fighting to ensure that every school is safe.